I can not imagine Manchester United without Sir Alex Ferguson. The United's Scottish coach is the only one I know in that club and the reality is that the Mancunians have been a reference of success during all my life. I have seen several English clubs having their peak moments during the last couple of decades, but Manchester United has always been there and the only common factor during all these years has a name: Sir Alex Ferguson.

His biography and achievements are well-known. It is impossible to find an active coach who has won as much as he did. He has been the coach of Manchester United since 1986, which means that several generations of football fans do not know any other coach in Manchester United and, given the size and importance of this club, it is impossible to understand it, if he was not the most competitive coach I know. 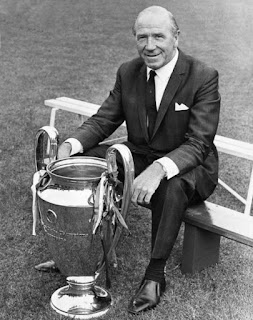 Taking a look to Manchester United's history, you realize that the Red Devils have a great historical coaches and teams in the past. The most relevant, known and successful was the one of Sir Matt Busby, who was their coach from 1945 to 1969. He was the architect of the first glorious era of Manchester United, the father of the Busby Babes, the legendary team whose career was dramatically cut in an airplan crash in Munich after an European Cup game, back in in 1958. Busby did not surrender and, with the survivors of the ashes of Munich, being one himself, he built the team that ended up winning the European Cup 10 years later.

But with the retirement of the light which had been leading the way of the club for 24 years, Manchester United started a dark era in their history, without a league title in decades. When Alex Ferguson was given the job after his successful stage in Aberdeen, the fans probably were missing the good old days. His early years in United were not easy and it took several years to see the team winning a title and it was this way until the FA Cup of 1990, which gave them the right to play and win the Cup Winners' Cup in 1991 against Johan Cryuff's Barcelona. Manchester United started to win again and they did not stop until now. 12 Premiership titles, 2 Champions League, 5 FA Cups, a Cup Winners' Cup, an Intercontinental Cup and a FIFA Club World Cup.

The key of the success is based in the method. Sir Alex Ferguson is a competitive animal. He has been able to put the institution over the individualities, the team over any star. In his teams, there is something you can not negotiate: his idea of football. His discipline does not admit exceptions, which caused the exit of very important players, even legendary players, but set a clear message: the most important is the team and the idea, not any individuality. And he represents the idea. 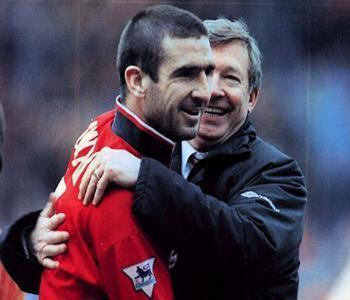 In the last two decades, we can remember memorable teams. The beginning of the 90s had Eric Cantona as symbol, surrounded by the legendary Bryan Robson, the forward Mark Hughes or Steve Bruce among other players, and the early appearances of Ryan Giggs and Roy Keane.

The failure in 1995 after the two titles of 1993 and 1994 gave Ferguson the excuse to make his revolution. While important players of the first part of the 90s, like Hughes or Paul Ince, left the team, Ferguson did not hesitate to create a team whose base were young members of the team like David Beckham, Paul Scholes, Gary and Phil Neville or Nicky Butt and the already mentioned Roy Keane and Ryan Giggs. What seemed to be an attack of madness was the beginning of a brilliant era, winning 5 leagues in the following 6 years. This team peak moment was the victory in the dramatic Champions League final of 1999 in the Camp Nou against Bayern Munich, which closed the circle of their historical Treble that season.

In the mid 2000s, Alex Ferguson started the slow revolution (evolution) that set the base of the future winning team. As we already said, the winning formula always grew from solid grounds. Alex Ferguson did not hesitate to sell players, despite their importance in and out of the pitch. His personal friction with David Beckham, a pop-star icon already; Roy Keane, a captain loved by Old Trafford; or Ruud Van Nistelrooy, a reference during the first part of this decade, have never been a problem for Manchester United to keep winning titles. 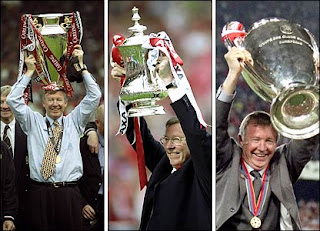 In the last part of the 2000s, he built a new team around young players like Cristiano Ronaldo or Wayne Rooney, symbols like Ryan Giggs and Paul Scholes, and team player signings like Nemanja Vidic, Edwin Van der Sar or  Rio Ferdinand. Players come and go, but the titles are there: 4 Premier League out of the last 5, 1 Champions League title and 2 more finals. It does not matter that Cristiano Ronaldo leaves, the idea remains, which always was the most important, and the team keeps winning, which is the most relevant.

Sir Alex Ferguson is discipline in the idea, but capacity of reinvention. Sir Alex Ferguson is the coach that represents the word competitiveness. Alex Ferguson has seen how football changed, from the importance of  individual talent of classic football to the systematic philosophy of modern football. Despite his age, his methods are modern, he believes in his ideas over any individual supernova (and Manchester United had lots of them in the last decades). Owners come and go, players come and go, but the idea remains and his legacy is going to be nearly impossible to match. Sir Alex Ferguson is a reference, a living legend and a way to see football. Probably, the best I have ever seen.