The miseries of the Spanish football

At this point, it is evident that the Spanish football is in a deep crisis. The crisis is mainly a consequence of the bad and unprofessional management of the clubs during the last couple of decades. Now the clubs and La Liga are paying the lack of financial control, the lack of seriousness to honor contracts and the poor management of the TV rights and the image of the league.

I do not know if this is the biggest problem, but definitely it is the main issue when La Liga is about to start: the strike of the football players. According to Superdeporte (Spanish), 31 out of the 32 European clubs that are under administration for a creditors meeting, a legal figure that tries to find a solution for an entity with financial and/or patrimonial problems. A usual solution is to extend the terms of the debts and reduce their amount. One of the consequences is that, legally, the players see how the contracts they signed are not valid and how their salaries are cut in order to save the club. This is a serious issue, because the players also have their own life, their personal budgets and they do not see their debts reduced at the same time. 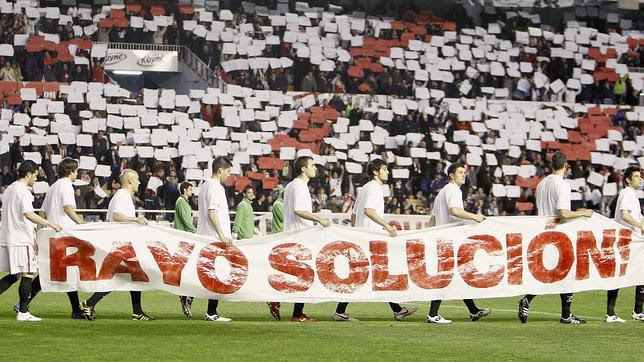 The LFP claims that more than the 70% of the budgets of the clubs go to pay the players' salaries. While UEFA recommends to set the line around a 55-60% of the incomes, waiting for the financial fair play ruling to be implemented. It shows that the salaries offered in the Spanish football is excessive. But, since there are not administrative consequences (like relegation from professional leagues), the clubs do not think about the consequences of their offers. At this point, even the AFE (Asociación de Futbolistas Españoles, led by Luis Rubiales), in the name of the players, recognize that the situation may lead to salary cuts in the Spanish leagues, accepting that La Liga is living over their possibilities. But they want the contracts to be honored, which should be out of question. The truth is that some players, who offer themselves in auctions in the market, are also to blame for their behavior since it only causes inflation, but the reality is that our clubs must accept their reality and not to offer salaries that they can not pay. As a consequence, one of the demands of the players is the creation of a guaranteed fund for wages, as it happens in England or Germany. The clubs claim they do not have the possibility to do it now and they could only offer the financial fair play from the year 2014-2015. Too late for the players, who will not play the first Liga game after they went on strike.

At the same time, there is a possible problem of infection. If a certain club sells a player for a price, they make their budgets counting on a certain income. If the meeting of creditors cut the figures of their debts, the other clubs also start to feel the consequences of the bad management of other clubs in a chain reaction. This situation is dangerous for the possible infection of other clubs, who will start fearing unpayments, but also very unfair, since clubs like Deportivo or Almería, who are struggling to survive but still pay wages, got relegated last year, while a club like Zaragoza will stay in Primera not paying their debts. A very painful situation when you think that Zaragoza did not pay Deportivo what they owe them for the transfer of the player Lafita, just to name an example. 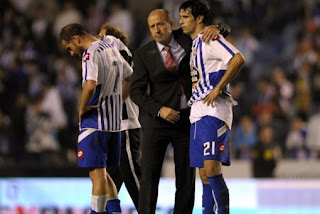 This discussion does not differ much from the TV and image rights management. In the 90s, the TV rights bubble started and several digital platforms offered important contracts to the clubs. Until then, all the members of the LFP negotiated their rights as a unit, but most of the clubs realized that they could get better contracts negotiating by their own. But the TV platforms already have statistics and experience and they know the real value of the TV rights of each club. While Barcelona and Real Madrid are able to get the most lucrative TV deals, the rest of the clubs see their position weakened. In the last years, this financial and economic difference has been evident on the pitch. While the 2 giants have formed super-teams, the rest of the teams can not compete with them and the ghost of the "Scottish" league is there. Now it is easy to blame the 2 giants for it, when the reality is that the mid-size clubs were the ones who chose to negotiate by themselves. Now the 2 giants have a spending structure that can not change so fast and they do not accept to go back to the previous situation. Still, the division is evident and the LFP can not find a solution for this issue. At the same time, Barcelona and Real Madrid should also take care with their position, since they are seriously risking to damage the league they are in, which may have consequences in the mid term for them.

Finally, the LFP, despite making some step forward in the management of La Liga brand, like selling the name for a sponsor or the changes in the hours of the games for the Asian market, should bet for a better and more professional management of these intangible assets. A league that has the 2 most prestigious clubs on Earth plus a good collection of clubs with tradition and image around the globe has a lot of potential, which has been unused so far. Even the Bundesliga, with less tradition than the Spanish league, is miles ahead the LFP in that sense. But it is impossible to do it while the clubs insist in giving the leadership of the organization to corrupt people like Javier Tebas or, nowadays, to Javier Astiazarán... the president who took the historical Real Sociedad to Segunda División and the creditors meeting to save the legendary Basque institution. Such a clumsy person has in his hands the destiny of La Liga, but he was chosen by the presidents of Primera and Segunda División.

Unless the owners and presidents of the clubs start to work seriously, the consequences for everyone, big or small teams, may be dramatic. The Spanish league must look for the right way to go, but I doubt that this is possible with people like Javier Astiazarán in the presidency of the league.