Superliga: the growth of women football in Spain

The important development of football in the last twenty years is evident. Last summer, Germany hosted the last FIFA Women's World Cup and the outcome was a total success. The stadiums were usually packed and the TV audiences kept growing compared with previous editions. The football licenses are growing and not only in the established areas. It is well known that women football has tradition in some zones of the World. The US Women team is way more famous than the men team. In Europe, women football is important is Scandinavia and Germany, while England and France appear as powers lately. In South America, the Brazilian women team has as much magic in their football as their male patners. And Asia has already hosted two World Cups in China and Japan are the current winners of the tournament. Where does Spanish women football is?

"Football is a men's game". This is a usual slogan, not only in Spain, but Spain could not be less in this either. Besides, it is important to look at the recent Spanish history to know that women had to fight (still they do) to find their place in society. The old official machismo of the fascist regime of Franco disappeared with democracy, but as it always happens the social development takes more time to adapt to new times, it requires the mental adaption of men and also women, who were used to their old rules of the old society. Football could not be different. The game indeed was a game of men and the presence of women in the stadiums was an anecdote. Out of the stadiums, not only football, but the physical activity in general was denied to women. Democracy changed the social structures, making no difference between men and women, but changing a law takes a short time, while changing the minds of society takes more time. 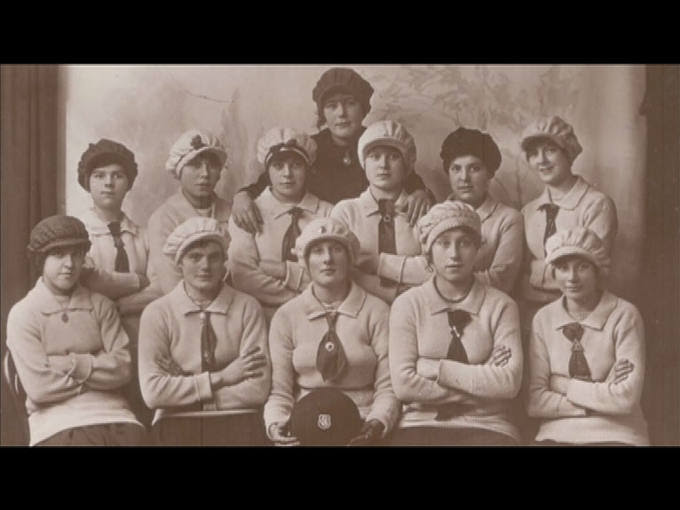 As a consequence of equal rights, the Spanish women have been gaining spaces in society, at home, at school, at the work places and also in sport. It has not been easy and there is a way to walk yet, but watching things with some perspective, the change in the last 30 years has been huge. Football could not be different. Back in 1981, the Real Federación Española de Fúbtol (RFEF) created the first women competitions, but it was not until the 1988-1989 season when the federation set the first stable structures with the creation of the Liga and Copa de la Reina tournaments. Back then, the top division only had nine clubs. These women clubs were independent from the well-known professional clubs, except the cases of RCD Espanyol and FC Barcelona, who had their own women section.

During all these years, women football was a very minority sport without any kind of impact. But in the year 2001, the women football clubs decided to give a new impulse to the league with the creation of the Superliga. As a consequence of it, some professional clubs decided to make a clear bet for women football. FC Barcelona, despite they had been relegated to lower divisions, and RCD Espanyol did not renounce to their section and other clubs joined in this growing interest. In the year 1998, Levante UD absorbed a Vicente Valencia CF Femenino, after Valencia CF rejected the offer. Rayo Vallecano created their women section in the year 2000 and Atlético Madrid did the same from the ashes of a disappeared club in the year 2001, although starting from lower divisions. Athletic Club reached an agreement with Leioa EFT to make this women club part of the Athletic Club structure in the year 2002. Back then, the women licenses was 10,000.

In this decade, the support of professional clubs has been really important in the development of the competition. Despite women football still is an amateur sport, there has been a growing interest, which is not exempt from problems. An example of it was the early years of the women Athletic Club, who were able to gather 35,000 fans in San Mamés in the decisive day to win La Liga. Since the year 2001, only sections of the professional clubs have won La Liga, which shows the importance of the economic support of these structures. Athletic Club won 4 Ligas, Rayo Vallecano won 3, Levante did it twice and Espanyol once. Another example of the growing support of the professional clubs has been the signing of players to improve their women sections, like the signing of Milene Domingues, popularly known as Ronaldinha for being Ronaldo's girlfriend in the arrival of the Brazilian star to Real Madrid, by Rayo Vallecano. Or Maribel Dominguez, "Marigol", who joined FC Barcelona in the year 2005 when the club was struggling to keep their position in the league, reaching the top-6 position in the FIFA Women World Player award in the year 2006.

Two years ago, the RFEF decided to give a new impulse to the tournament, sending invitations to all the professional clubs to participate in the top division without starting from the lower divisions. Some clubs like Las Palmas, Sevilla, Valladolid, Real Jaén or Nàstic Tarragona took their chance, although the idea did not have the expected success due to the economic crisis. Still, nowadays, among the 18 clubs of the Superliga, 10 professional clubs (Athletic, Atlético Madrid, Barcelona, Espanyol, Levante, Málaga, Rayo Vallecano, Real Sociedad, Racing Santander and Valencia CF) support women teams, in or out of their structure, which definitely has helped to reach the 17,000 licenses last year, an important growth in one decade.

However, not everything looks so bright. Women football still is an amateur sport and the RFEF do not give professional licenses yet, but the growing interest has been causing tensions, since some of the women players have been playing under poor conditions. Despite their "professional" dedication, they do not enjoy assurance and they had been signing other kind of contracts to join the clubs. The growing interest did not have its reflection in the media. Last year, TVE (Spanish public TV) broadcasted the Copa de la Reina final-four for the first time ever, but they did not make a bet for women football yet, ignoring the success this sport has.

In one way or another, there is a niche of growing interest and I believe it is a matter of time that women football reach professionalism. It is also a matter of time that the public TV realize that there is an interest in this sport. The interest of the traditional professional clubs carried with them the interest of the usual men football fans to women football, because the support on the colors do not know about sex, as the chanting fights in the last Copa de la Reina final, played by FC Barcelona and RCD Espanyol showed. Among the top clubs of Spain, only Real Madrid did not join the party. Ramón Calderón reached a pre-agreement with a club of Madrid (Pozuelo), but Florentino Pérez did not show the same interest, sadly for everyone.

Women football in Spain is full of problems, still is an amateur sport and the amount of licenses is still far from the traditional nations of the North of Europe and Germany. Still the progress in the last years make me be optimistic about it. The growing role of women in society will also have its effects in football. Football is not a men sport anymore... it is everyone's sport!
Posted by Juan A. Gisbert at 1:10 AM