This Liga weekend had a change in the top position. The surprising defeat of Real Madrid in Valencia against Levante gave Valencia the first position in the standings in the week Barcelona visit Mestalla. The culés wanted to leave the bad results of the last week behind and Osasuna paid the bill. The Catalans showed their best version, beating the team of Navarra with a historical 8-0. Sevilla, Atlético Madrid and Málaga keep climbing in the standings, improving their image and showing that they are ready to fight for big goals this season. Remarkable hat-trick by Falcao. On the other hand, Villarreal and Athletic keep disappointing their fans with bad football and, as a consequence, bad results. The surprise of La Liga so far has a name, Real Betis, who share the top position with Valencia after 3 victories in 3 games. The "Spanish-Scottish" league is led by Valencia and Betis.

The weekend started with Valencia visiting Gijón aiming to improve the image shown in the Champions League in order to achieve the 3rd consecutive victory this season. Mission accomplished: Valencia looked solid as in the last games and the individual performances of Roberto Soldado and the goalkeeper Güaita made the difference. The Ché team was the best in the first half and this superiority had its reflection in the scoreboard. Soldado made the goal of the victory and Jonas was as active as usual. In the 2nd half, Valencia mainly defended the advantage against a Sporting that put all the required effort, but the Asturian team lack power in attack and this fact was a liability for them to tie the team. Valencia finishes the week leading the standings.

At the same time, Villarreal got surprised by Granada in their visit to the city of the Alhambra. The vilarealenses are showing a worrying image that gets its translation in poor results, in Europe and La Liga. Granada were willing to clean the ugly face shown in their last game against Málaga and their level of commitment and effort was high. On the other hand, Villarreal imposed a very slow and imprecise football that ended up being their punishment. Ironically, it was Uche, on loan from Villarreal, who punished his "owners". Besides, Rossi missed a penalty in the last minutes, which costed them the game. The alarms ring in a broken Villarreal.

In Palma, Málaga gave another step forward towards the top positions. Málaga played like a big team, controlling the match  and never rejecting to carry the weight of the game on their shoulders. Málaga is a team with lots of resources and their defense gave them the solidness they needed to keep their rivals under control. On the other hand, once again, Mallorca was very limited in their football and they were never a threat. Málaga won like a big team, without big efforts, as if it was a matter of gravity. Málaga keeps climbing. 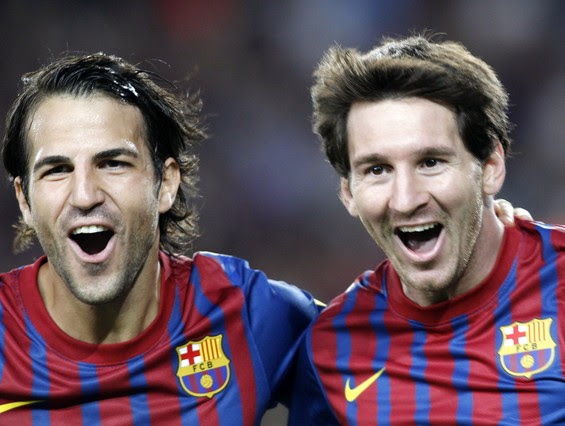 On Saturday, Barcelona had a test against Osasuna. After a week of "mini-crisis", the eyes were on the reaction of Guardiola's team... and what a reaction. The Catalans were willing to send a message and they surely did it. Since the very first moment, Barcelona was in the perfect version and the 3-4-3 of Guardiola worked smoothly. The Cesc-Messi connection was sublime; Villa and Alves were breaking in the wings; Thiago, Busquets and Xavi controlled the game; and the captain Puyol was back in the team. In 45 minutes, Barcelona had scored five. The second half was meaningless, with a powerless Osasuna willing to finish the game as soon as possible and Barcelona enjoying its own party. The doubts are cleared... at least, until the visit of Mestalla this week.

The games of Saturday were closed by Sevilla and Real Sociedad. The Basque team visited Nervión with the epic draw against Barcelona in mind. Even though the surprises of this season, Illarramendi and Agirretxe were left on the bench, Real Sociedad was serious in defense waiting for their chance, but the good attitude and effort of the sevillistas made the home team be superior. It had to be Kanoute, a living legend of the sevillismo, who decided the game with a classy execution after the assist of his partner Negredo. Marcelino's Sevilla won the game and the new project keeps looking good. The Sunday morning game was a derby of the South of Madrid between Rayo and Getafe. Both clubs represent working-class zones and it is the first time they meet in Primera. The difference was the attitude and the illussion of the visiting team. Since the first moment, Rayo was plugged to the game and scored an early goal that ended up being decisive. The 0-1 was short for the visitors, who were the best team during all the game and enjoyed enough chances to have a more comfortable victory. However, Getafe must analyze their first games in order to improve in the near future, 1 point out of 9 is a very poor record.

Zaragoza got the first victory of the season at home against Espanyol. The zaragozistas did not show a great level of football, but their commitment and effort was awarded by the late goal of Luis García. That was the irony of the game, the ex-perico and former captain of the visitors was decisive with his two goals. Luis García could have given his team the victory sooner, but Christian Álvarez played a good again and saved a penalty. Espanyol gets the 2nd zero in away games, an aspect to improve for the Catalans. 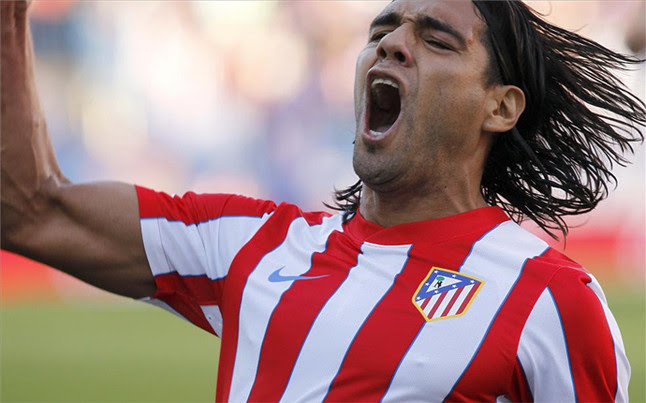 The Calderón was full of confident fans this afternoon. Despite the bad results of the first Liga games, the good image shown in these matches and the European victory made the atléticos show up in the stadium to support the team. The important news of this game is that, if anyone had doubts about it, Falcao is the new hero of the colchoneros. The Colombian player was a constant pain for Racing Santander and scored a hat-trick in his second appearance in the Calderón. But aside the already known attacking power, Atlético enjoyed the associations in midfield, where Mario Suárez, Diego and, especially, Turan made their team play nice, smooth and efficient football. Easy game for a rising Atlético.

The surprise came late in the afternoon. Levante surprised Mourinho's Real Madrid... once again. If last year Real Madrid could only tie in the Ciudad de Valencia, this time Levante were also able to be superior enough to win the game deservedly. Mourinho left Cristiano Ronaldo, doubtful all the week, and Özil on the bench and Real Madrid definitely missed them. Even though the madridistas were enjoying a higher ball possession and were dominating the game, they did not enjoy important chances. But a decisive fact was the red card for Khedira after a brawl that reminded everyone the mess of the Supercopa games. Real Madrid had to play with 10 for almost one hour and never had oxygen enough to pressure their rivals. On the other hand, Levante were very dangerous in the counters during all the second half and, in one of these chances, Kone scored the surprising goal of the victory for the levantinistas. Real Madrid got lost in direct football and useless wars, showing a desperate image and not much football. This is the first defeat of Real Madrid in Liga this year.

The game that closed the weekend was the visit of Real Betis to La Catedral San Mamés. One week later, it seems that Bielsa's players did not learn the lesson of last weekend. The Basques did not wake up with the game already started and Betis got a 0-2 in the early minutes of the game. Since that moment, Athletic pushed and pressured their rivals, but the leones had to swim against the flow, with Betis looking dangerous in the counter. The goal of De Marcos made the home fans believe in the comeback, but Salva Sevilla scored a penalty after a handball of the same De Marcos right before the half time. In the second half, Athletic put more heart than head, but aside the usual impulse of Athletic at home, their level of football was not enough against the defensive discipline of Betis. The Andalusian team could have killed the game in one of their counters, but Athletic found a late goal to believe in the last minutes. It was not enough, Betis win their 3rd game in a row in their return to Primera and Athletic showed a powerless image, since a team with so much football can not leave everything in the hands of pure attitude. The home fans showed their anger in the booes after the end of the game. Disappointing Athletic, brilliant Betis.
Posted by Juan A. Gisbert at 12:02 AM